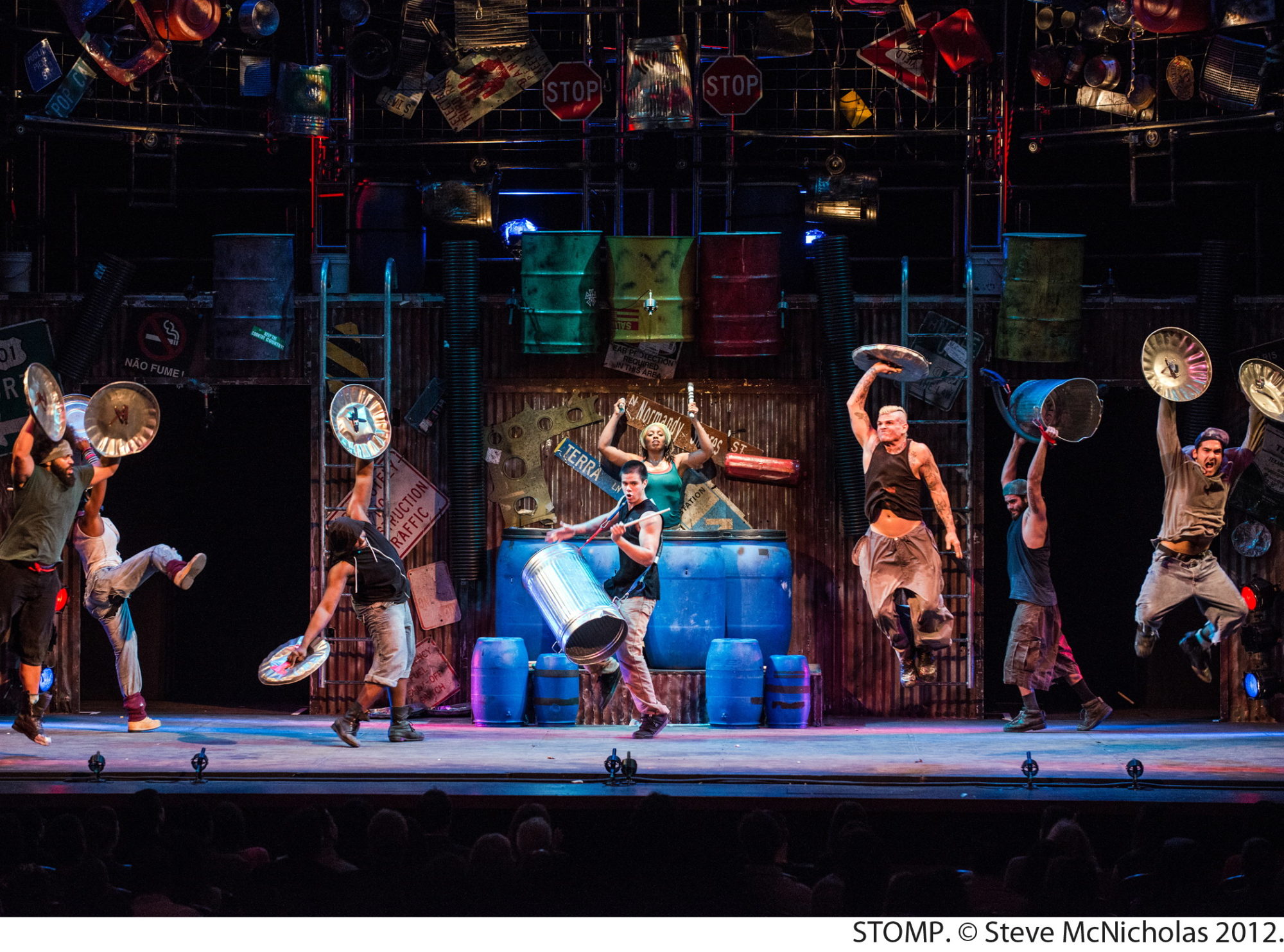 The performers “make a rhythm out of anything we can get our hands on that makes a sound,” says co-founder/director Luke Cresswell.  A unique combination of percussion, movement and visual comedy, STOMP has created its own inimitable, contemporary form of rhythmic expression: both household and industrial objects find new life as musical instruments in the hands of an idiosyncratic band of body percussionists.  It is a journey through sound, a celebration of the everyday and a comic interplay of characters wordlessly communicating through dance and drum.

Critics and audiences have raved: “STOMP is as crisp and exuberant as if it had opened yesterday,” says The New York Times. The San Francisco Chronicle declares “STOMP has a beat that just won’t quit!” The Los Angeles Times exclaims: “Electrifying! Triumphs in the infinite variety of the human experience.” “A phenomenal show! Bashing, crashing, smashing, swishing, banging and kicking – a joyous invention!” says the Chicago Tribune. 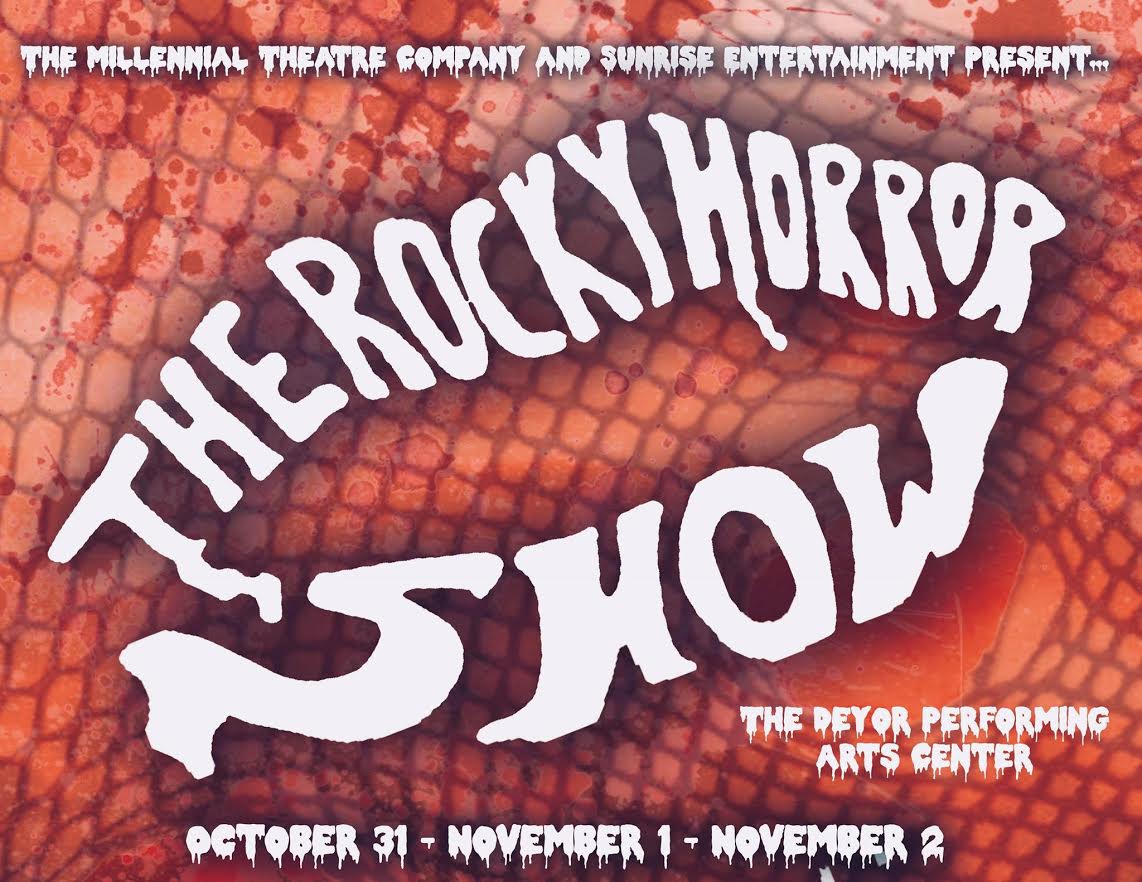 In this cult classic, sweethearts Brad and Janet, stuck with a flat tire during a storm, discover the eerie mansion of Dr. Frank-n-Furter. As their innocence is lost, Brad and Janet meet a houseful of wild characters including a rock-n-roll biker and a creepy butler. Through elaborate dance numbers and rock songs, Dr. Frank-n-Furter unveils his newest creation & introduces the young couple to new experiences they’ll never forget!

The Millennial Theatre Company, founded in April of 2016, produces excellent theatrical experiences while primarily focusing on the involvement of the Millennial Generation. See more information about this organization at https://millennialtheatre.org/ 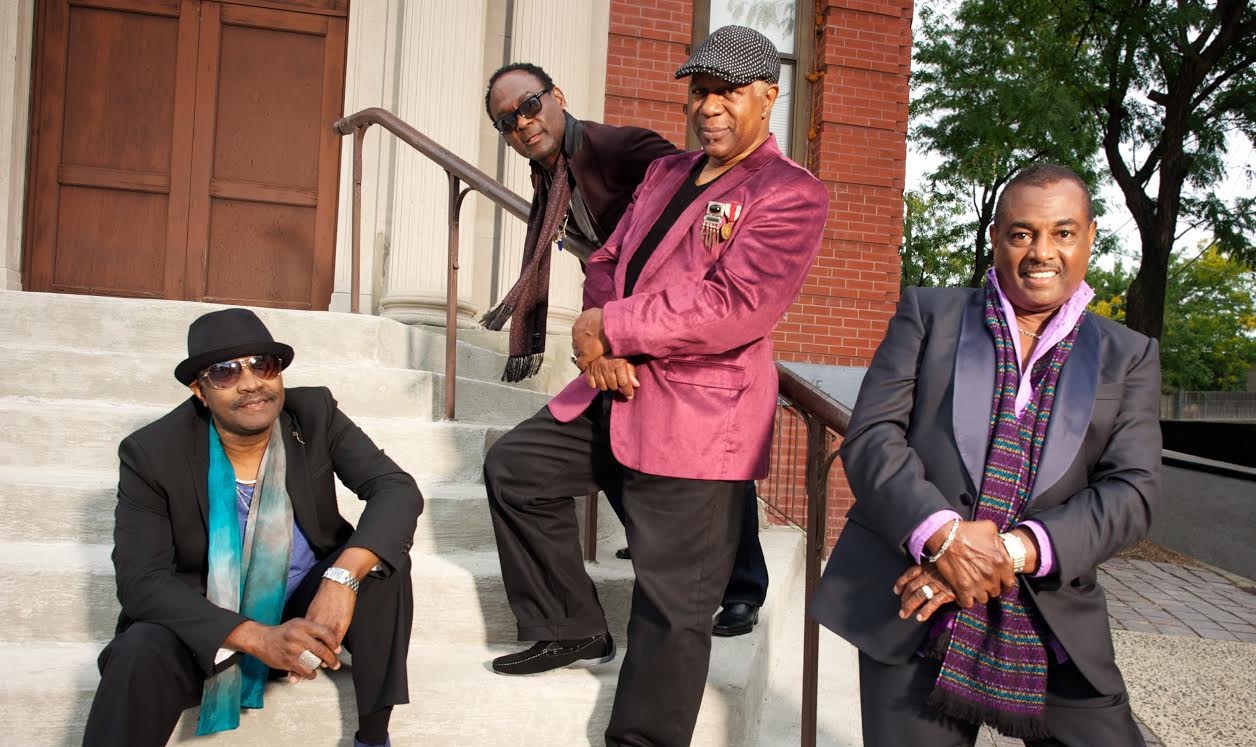 Today, the group enjoys global fame and a following that spans generations due in part to the group’s widely sampled catalogue. Kool & the Gang’s drum beats, bass, guitar and signature horn lines lace the tracks of numerous artists including the Beastie Boys, Jay-Z, Madonna, Janet Jackson, Cypress Hill, and P. Diddy. Kool & the Gang is the most sampled band in hip-hop by far. Their music is also featured on the soundtracks for Rocky, Saturday Night Fever, Pulp Fiction, Wreck-It Ralph and countless others. Kool & the Gang has continued to tour the world appearing with artists such as Kid Rock, Dave Matthews Band, Elton John, The Roots and a 50-city tour with Van Halen. 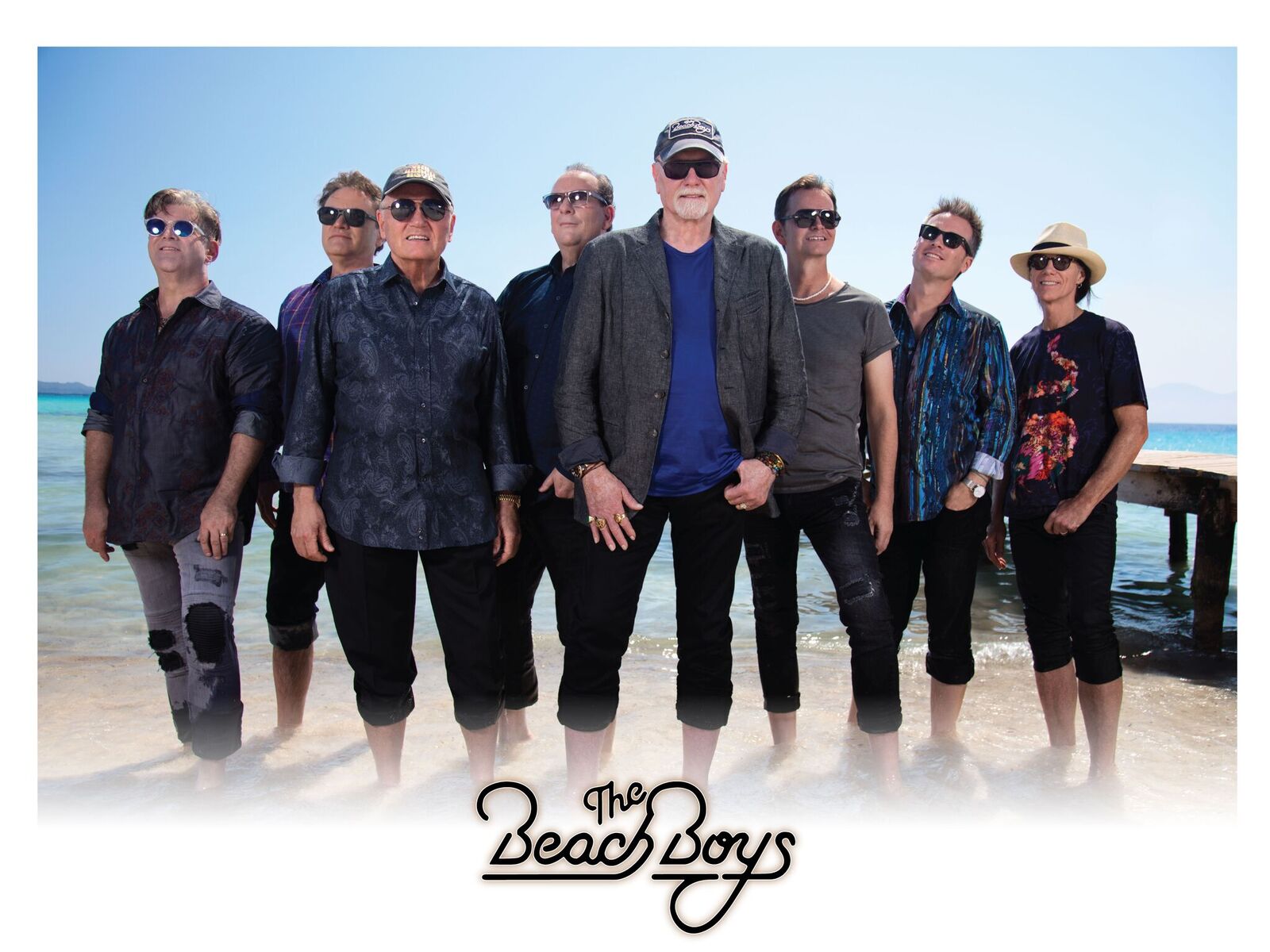 The Beach Boys are led by Mike Love and Bruce Johnston, who along with Jeffrey Foskett, Brian Eichenburger, Tim Bonhomme, John Cowsill and Scott Totten continue the legacy of the iconic American band. Grammy-winning songwriter Bruce Johnston, joined The Beach Boys in 1965, replacing Glenn Campbell, who filled-in for Brian Wilson, on vocals/bass, when he retired from touring. Highly regarded in his field, Johnston’s vocal work with such legendary artists as Elton John and Pink Floyd firmly established him among rock’s elite artists.

Menopause The Musical® is a groundbreaking celebration of women who are on the brink of, in the middle of, or have survived “The Change.” Now celebrating 16 years of female empowerment through hilarious musical comedy, Menopause The Musical® has evolved as a "grassroots" movement of women who deal with life adjustments after 40 by embracing each other and the road ahead.

Set in a department store, four women meet while shopping for a black lace bra at a lingerie sale. After noticing similarities among one another, the cast jokes about their woeful hot flashes, mood swings, wrinkles, weight gain and much more. These women form a sisterhood and unique bond with the entire audience as they rejoice in celebrating that menopause is no longer “The Silent Passage.”

Inspired by a hot flash and a bottle of wine, Menopause The Musical® was created as a celebration of women who find themselves at any stage of “The Change.” The laughter-filled 90-minute production gets audience members out of their seats and singing along to parodies from classic pop songs of the ‘60s, ‘70s and ‘80s. 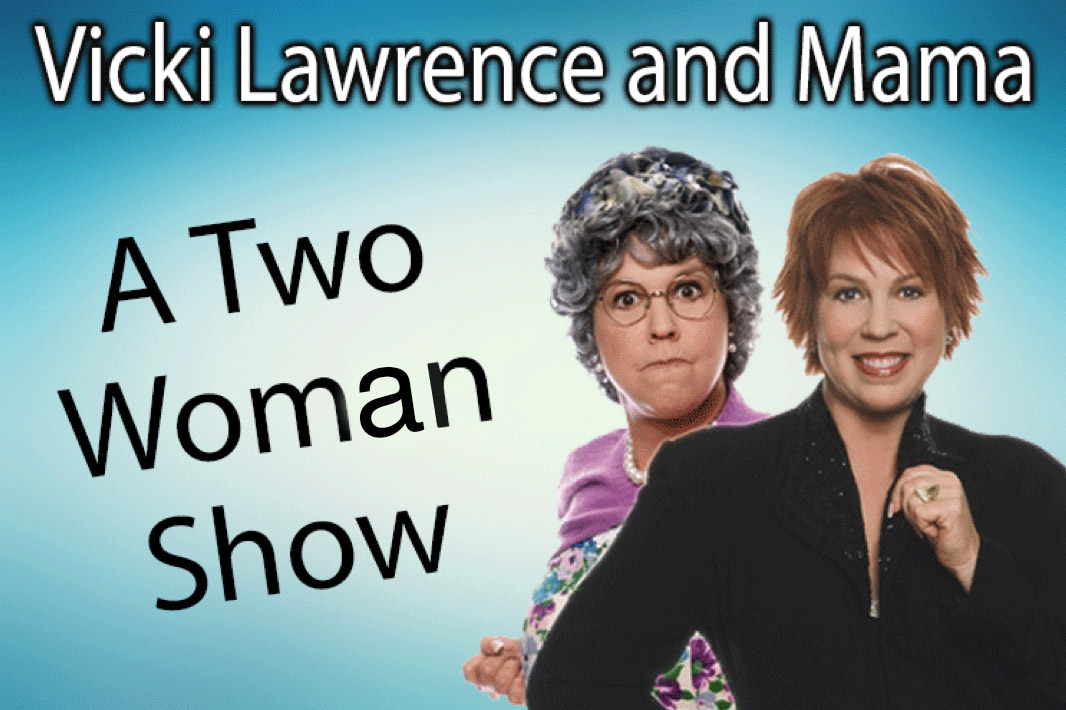 Emmy Award- winning comedienne Vicki Lawrence is one of the most beloved television personalities of her generation. Plucked out of total obscurity as a high school senior, Vicki went on to become part of the now-legendary cast of the "Carol Burnett Show." "I went to the Harvard School of Comedy in front of America," says Ms. Lawrence of her Burnett Show training. In the seventh season, and hundreds of hilarious sketches later, at the ripe, old age of 24, Vicki created her most endearing character to date, Thelma Harper, or "Mama" as she is better known to her fans.
VickiLawrence.com